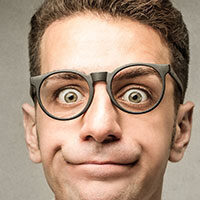 “The Emergence of the Economy from Covid 19”

I should prefix this newsletter with an obvious statement.
Until a vaccine is proven, life as we knew it will never return to the old normal but in the meantime a new normal is emerging which has every likelihood of becoming a new way of life. This will include life/work balance with a mixture of home and office working and the continual rise of online services and shopping, particularly grocery.

Many people will continue to work from home for at least some of the week. However, this will not be a cost-free decision; many city centre shops and restaurants depend on custom from office workers and are likely to struggle if their weekday sales shrink.

This should not be viewed as negative as the nine to 5 working culture is peculiarly British and other Countries that have already embraced balanced working have thriving local economies. It also stands to reason that if less money is spent on commuting there is a rise in disposable income which will benefit retail and leisure, but this will be localised.

However, this is age specific. Millennials are likely to continue to head to cities to develop their careers and have fun. The number of twenty-somethings in cities’ centres tripled in recent years. Today, millennials comprise half of the city centre population. This is unlikely to change in the near future.

As people become more used to maintaining social distancing measures, as they work and socialise, the urge to leave cities will decline. It will fall further if a Covid-19 vaccine is developed. But even if it isn’t, people and cities will adapt as they always have done.

The leisure and retail sector has continued to progress since the easing of restrictions.

Staycations in particular have been a phenomenal success with most holiday destination accommodation sold out throughout the UK.
August had a significant boost with the ‘eat out to help out’ scheme and the August Bank Holiday. It is forecast that GDP for the third quarter could rise by 14%. A further significant contributor was the impact of the international holiday restrictions. This has led to an exponential rise in ‘staycations’. Data from Google searches shows a sevenfold increase in the number of searches for the term ‘staycation’ between the start of June and mid-July, with bookings stretching all the way through the school holidays. Meanwhile, Awaze, a UK online holiday cottage operator, saw an 18% increase in prices due to increased demand in August. Based purely on anecdotal feedback, the enforced staycation may have a long term positive affect on holidaying in the UK with many consumers enjoying the change and with ever increasing airport and flight restrictions this could become a permanent fixture. New research found that almost three-quarters of respondents (71%) are intending to plan a UK holiday in 2021. This rise in staycations obviously has a massive positive impact on the economies of the local area.

The average footfall tracker Locomizer, reflects this in its data with Blackpool at the top of the list and London at the bottom. This accurately reflects the difference between the public gathering in an area for a holiday and the absence of workers returning to the office. The reluctance of people to use public transport is obviously a major influencer, but as Blackpool has proven, people will mass in an area in a safe manner and this should strengthen shopping centre appeal.

Find out how Blue Tiger could help your business.